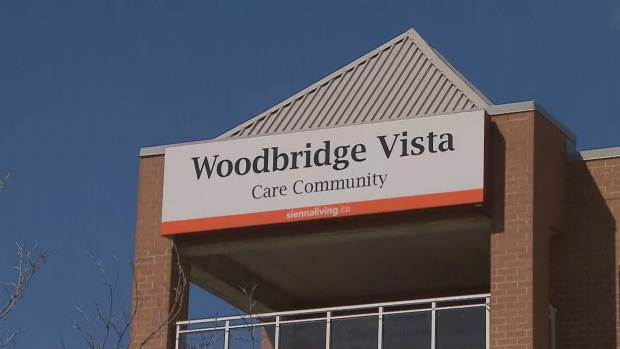 A senior executive at a senior housing corporation, which operates some Ontario long-term care homes hit hard by COVID-19, has been fired from his job after allegedly making fun of residents’ families during of a virtual meeting.

According to the union representing more than 60,000 frontline workers in the province, Joanne Dykeman, who was the executive vice president of operations at Sienna Senior Living, made the alleged comments during a town hall by video conference with the families of the Woodbridge Vista community. Care for residents on Wednesday evenings.

“Sienna Senior Living delivered prepared talking points in a transparent attempt to rebuild her corporate image after failing to keep workers and families safe during COVID-19,” SEIU Healthcare said in a statement.

“Before leaving the call, executives were heard mocking and ridiculing the concerns of families.”

On Thursday evening, Sienna Senior Living said in a statement that Dykeman was no longer with the company.

“While she deeply regrets the words she said last night, she also understands that they do not meet her expectations or those of Sienna Senior Living. Every resident and all their loved ones deserve our respect at all times” , Lois Cormack, president and CEO of the company, said in a statement.

Anthony Manieri, whose 55-year-old sister lives in the long-term care facility and has tested positive for COVID-19, told CP24 on Thursday that management was monitoring the meeting.

He said families had not had the opportunity to voice their concerns.

“Everyone went offline except her, and she just shut her laptop, and the sound continued,” Manieri said, adding that he was recording the meeting.

“As soon as she closed it, she called us bloody class action people.”

Manieri said Dykeman also ridiculed some of the questions asked by families during the reunion.

Following the call, he said they informed other families and even emailed the Prime Minister’s Office.

Some families demonstrated in the establishment on Thursday.

CP24 did not independently verify the alleged comments made during the meeting.

The virtual meeting took place after families demanded answers over the weekend following the transfer of 18 residents infected with COVID-19 to hospitals.

The company said the needs of these patients exceeded what could be provided at home.

Families previously told CP24 that there was a lack of communication from management about the situation at the facility.

“But the crisis in our long-term care system is not about the actions of a single leader, because in the end, it doesn’t change the fact that companies like Sienna are just not in the business of care.” Stewart said in a statement.

“If Sienna was sincere about real change, they should call in Doug Ford for a full public inquiry and agree to testify before a judge.”

The union on Saturday called on the province to take control of Woodbridge Vista Community Care, where 21 residents have died after contracting the virus.

A COVID-19 outbreak was declared at the home on May 7, according to York Region Public Health.

“Despite the hospital’s support, Woodbridge Vista Care Community has been unable to contain the spread of COVID-19,” the province said in a press release on Thursday.

“At least we know that our family members will be taken care of to some extent. We still need answers because, regarding my sister, I haven’t heard back since Friday,” Manieri said.