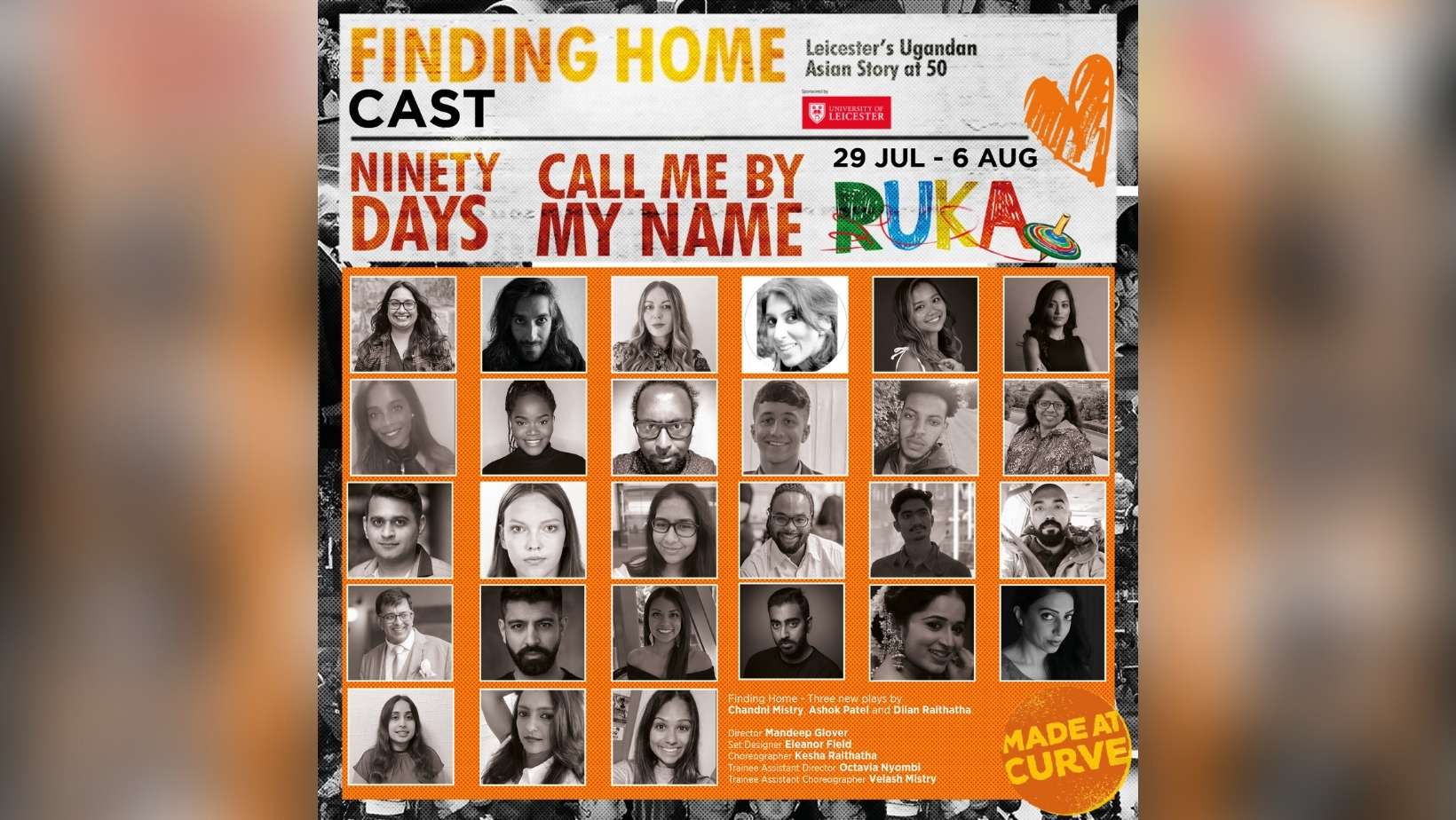 The Curve Theater in Leicester has revealed the full cast joining this summer to mark 50e anniversary of the Ugandan Asian exodus.

Finding Home: The Ugandan Asian Story of Leicester at 50 will see more than 40 community members take the stage at Curve’s Studio Theatre.

Community production Made at Curve features three new plays by local writers whose families have come to the UK from Uganda. At Chandni Mistry Ruka, a play for families and children will be performed on Saturday July 30, Sunday July 31, Friday August 5 and Saturday August 6. At Dilan Raithatha’s call me by my name and that of Ashok Patel ninety days will be presented as a double program, with evenings from Friday July 29 to Saturday August 6.

Sponsored by the University of Leicester, the three plays are directed by Mandeep Glover, who previously trained at Curve as resident assistant director. Curve Resident Creative Kesha Raithatha will join as choreographer, set and costume design will come from Eleanor Field, along with intern assistant director Octavia Nyombi and intern choreographer and dance captain Velash Mistry.

“The story of Uganda’s South Asian exodus to Leicester is one that begins with trauma and upheaval for so many. 50 years on, it is undoubtedly a story of resilience and triumph over the adversity.

In this historic and hugely important year for our city, we are proud to work with over 40 local actors and creatives to celebrate and reflect on the past 50 years and are thrilled to see these incredible stories unfold on stage and through events. at Curves. Directed by talented local director Mandeep Glover and Leicester writers Chandni Mistry, Ashok Patel and Dilan Raithatha, these plays are a beautiful exploration of the stories of the past 50 years and ultimately a celebration of this extraordinary community. We are grateful to all who participate and to our production partners, the University of Leicester.

On Thursday August 4, 50 years to the day after former Ugandan President Idi Amin ordered the country’s Indian and Pakistani community to leave within 90 days, audiences can participate in a pre-show panel discussion at Curve. Hosted by ITV’s Rajiv Popat, speakers will include Leicester Mayor Sir Peter Soulsby, writer Chandni Mistry, family law lawyer and co-founder of South Asian Heritage Month Jasvir Singh and Manzoor Moghal, a local community leader who arrived in Leicester from Uganda in 1972. To find out more and book tickets for the talk, visit www.curveonline.co.uk/whats-on/member-events/finding-home-the -ugandan-exodus-50-years-on-a-discussion/.

Over the past few years, Curve’s annual community productions have offered the people of Leicester and Leicestershire the chance to take part in a range of shows, including Richard III, fiddler on the roof and Bollywood Jane. With Finding a Home – The Ugandan Asian Story of Leicester at 50Curve reaffirms commitment to sharing local stories, following success of 2018 drama Made at Curve Memoirs of an Asian Football Casual.

As well as showcasing three new pieces, Curve will also curate and host an exhibition to mark the anniversary, showcasing stories of Ugandan migration from Asia and South Asia. More details will be released in due course.

Keep your home safe with these helpful tips | house design