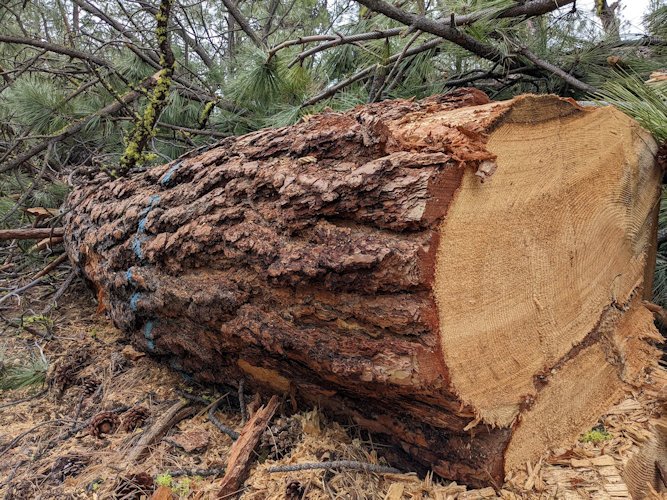 Says combustibles were placed in exhaust pipes, thinks it was ‘intended to cause damage’

BEND, Ore. (KTVZ) – A Sweet Home company under contract for what has turned into a controversial logging project in the Phil’s Trail area west of Bend recently informed the County Sheriff’s Office of Deschutes that someone had placed combustible objects in their exhaust pipes in an apparent act of attempted vandalism.

The environmental group Oregon Wild and others including the Worthy Garden Club opposed the plans before the recent removal of about two dozen large trees in the area, calling them irreplaceable old growth. The US Forest Service disputed this definition and noted that an environmental process took place before the trees were marked for removal 2½ years ago, and before T2 Inc. was hired for the project. .

The Deschutes County Sheriff’s Office recently confirmed to NewsChannel 21 that a representative from T2 called them to report the incident. “The vandalism was superficial and (they) just wanted us to have the information,” said Sgt. said Jayson Janes.

Jeremy Totman of T2 Inc. provided this statement to NewsChannel 21:

“T2, Inc. is a small company based in Sweet Home, Oregon. We have purchased many lumber sales in the Deschutes County area over the past 15 years. T2 is very proud of the work we do and have done over the years. We have never seen controversy like this on any other timber sale, after we have already started the project.

“It’s quite sad when a story is reported of controversial tree felling, that our equipment would then be vandalized. The vandalism was intended to cause damage to our equipment, our employees and potentially the forest by placing waste combustibles in our tailpipes.

“We continue to be proud of the restoration work we are doing in the West Bend and Forest area,” Totman concluded.