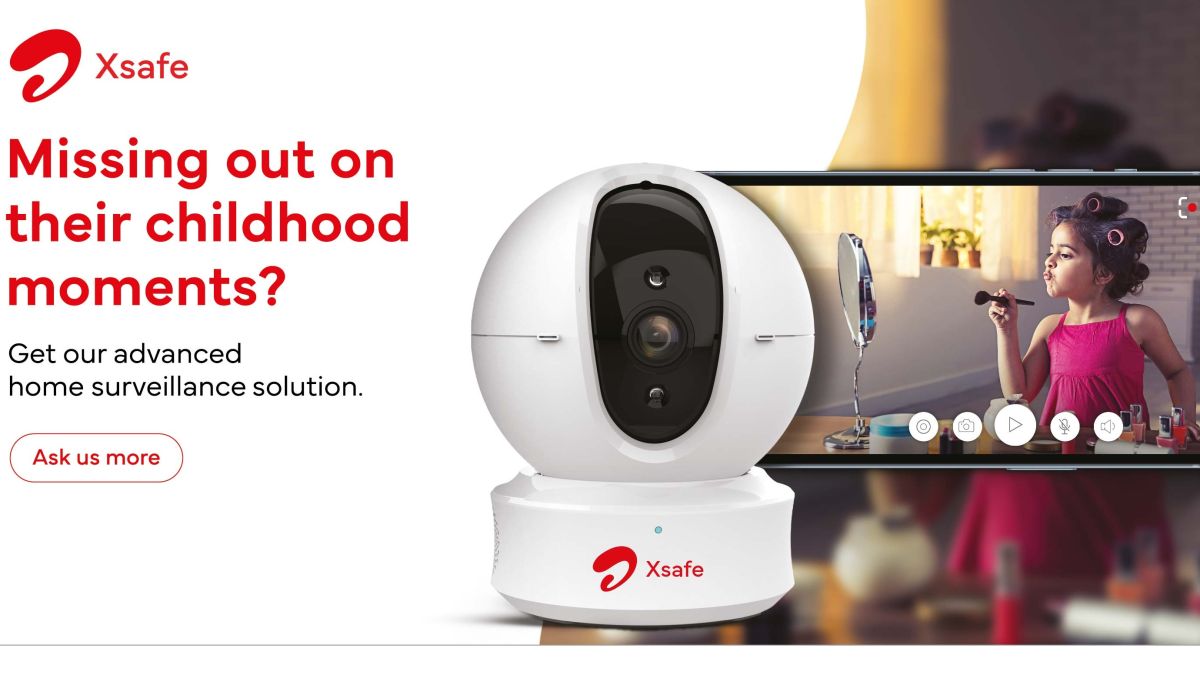 Why is Airtel getting into home security monitoring service?

As the home security and surveillance market continues to grow, we have a newcomer: Bharti Airtel. The Indian telecommunications company has launched a home monitoring service which includes a range of advanced Wi-Fi-based cameras. Named Xsafe, the service is available in 40 cities including Chennai, Mumbai, Delhi-NCR, Bangalore and Kolkata .

Vir Inder Nath, CEO, Homes, Bharti Airtel, said, “Xsafe is an easy-to-use, end-to-end home monitoring solution that allows customers to keep tabs on their loved ones. It will also allow them to talk to those at home wherever they are with a two-way communication system in the camera.”

For a telecommunications company, entering this market may seem a bit out of place. But it makes sense considering that this market is nascent in India. A recent study indicates that India’s smart home security camera market grew by 116% YoY and 7% QoQ in the second quarter of 2022 (April-June).

Airtel will offer a total of three cameras to customers as part of the Xsafe service to be inside customers; local. 360 degree cameras have a built-in mic and speakers and users can talk directly to loved ones.

The service can be operated through the Airtel Xsafe app which is powered by AI and can give real-time alerts. The app will provide real-time alerts if the camera detects disturbing movement. It also captures the feed to display whenever you want via the notifications it delivers. Rather than browsing through the whole day’s feed, customers can simply grab the video anytime through the app using Airtel’s secure cloud storage. The entire solution is end-to-end encrypted.

Airtel said its customer support team will help users choose the right location to place the cameras. Airtel will send their team to install the cameras with minimal wiring. Users are also entitled to after-sales support from the company.

Airtel said it is also working to integrate the Airtel Xsafe bill into the Airtel Xstream Fiber broadband bill. He added that customers can book Xsafe devices by visiting https://www.airtel.in/xsafe/ or simply logging into the Airtel Thanks app.

As an inaugural offer, Airtel is offering a limited-time discount on its Xsafe products. The sticky camera is priced at Rs. 2,499, while the 360° camera is for Rs. 2,999 and the active defense cam is for Rs. 4,499. Customers can pay an annual subscription of Rs. 999 and enjoy the first month’s subscription for free.